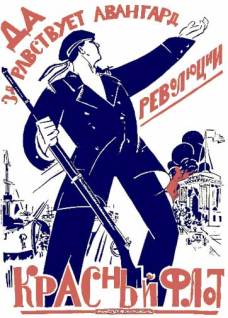 80 years ago, the workers’ movement and rebellion at Kronstadt, near Petrograd in Russia, was bloodily suppressed by the state-capitalist regime of VI Lenin and Leon Trotsky.

The article below, produced for the old Workers Solidarity (South Africa) in 1996, outlines the story. Further online references and links, including an online Izvestiia, newspaper of the “Provisional Revolutionary Committee of Sailors, Soldiers and Workers of Kronstadt” are listed below.

March 1996 marks the 75th Anniversary of the Kronstadt Revolt of 1921. In March 1921, the revolutionary sailors and workers of the Kronstadt army base rose in protest against the Communist government in Russia. The tragic event clearly shows how the Communist Party (the Bolsheviks) destroyed the worker- peasant Russian revolution and replaced it with one- party rule and state capitalism.

PETROGRAD STRIKES
The revolt followed a visit by a Kronstadt delegation to investigate workers’ conditions in Petrograd. At the end of February, the workers of Petrograd struck against forced austerity. The government responded with martial law and mass arrests. Despite these conditions, the Kronstadt delegation was able to find out about the repression and starvation that the workers faced. They heard that workers were demanding new elections to the Soviets (workers councils set up in 1917).

RESOLUTION
After hearing and discussing delegations’ report, the crew of the battleship Petropavlovsk voted for what was to become the “Petropavlovsk Resolution” (see below for the full text of this document). The Resolution was later adopted unanimously by a mass meeting of 16, 000 Kronstadt workers and sailors. The demands were presented to the “Communist” government.

The demands of the resolution included: new, free and fair elections to the workers councils; freedom of speech for workers, peasants, anarchists and socialists; free trade union activity; the release of left wing political prisoners and peasants’ rights to control the land (without employing wage labour).

In other words, Kronstatdt was calling for workers control and free socialism. These were the original aims of the Russian revolution of 1917 in which the Kronstadt garrison played a leading role (Leon Trotsky, one of the Bolsheviks leaders, had called the Red Kronstadt “the pride and glory of the revolution”).

The Communist government, and Trotsky in particular, demanded that the Kronstadt rebels surrender or be “shot like partridges”. They militarily isolated the base to prevent links being made with Petrograd workers, and tried to prevent workers from showing solidarity with Kronstadt by supplying emergency rations of food and clothing.

SLAUGHTER
The Kronstadt rebels could have blasted Petrograd with their cannons, but they waited for help in the form of a mass working class uprising- a “third revolution”. But for years peasants and workers with revolutionary views like Kronstadt’s had been imprisoned and shot.

Early March, the Communist government sent about 50,000 troops against Kronstadt. The troops were accompanied by 3,000 Communist cadre, there to make sure that the soldiers did not go over to the Kronstadt revolt. After 8 days of battle, Kronstadt fell and mass arrests and executions followed.

“SOCIALISM” FROM ABOVE
It is important that we understand what was at stake at Kronstadt. None of the Communist slanders against the revolt have any factual basis. At least 91% of the Petropavlovsk sailors, and 75% of the Baltic fleet, had been recruited before October 1917 Russian Revolution [1]. There is no evidence that counter- revolutionaries controlled Kronstadt.

The real threat of Kronstadt was political. The “Communists” believed that socialism must be imposed from above by the “revolutionary party” using the State. They had no conception of workers control from below. Their ideas led directly to the creation of a one party State and a new class system- State capitalism.

The “Communists” failed to realise that the State is an authoritarian structure that concentrates power in the hands of a small elite. It cannot create socialism- only result in a new group of bosses and rulers. Also, their idea of “revolutionary leadership” was authoritarian and destructive to workers democracy.

According to Trotsky socialism involved “authoritarian leadership…centralised distribution of the labour force… the workers’ State [considering itself] entitled to send any worker wherever his labour may be needed” [2]. He condemned those who “put the right of workers to elect their own representatives above the Party, thus challenging the right of the Party to affirm its dictatorship, even when the dictatorship comes into conflict with the passing moods of the workers democracy” [3].

STATELESS SOCIALISM FROM BELOW
Kronstadt workers and sailors opposed these ideas. They had a vision of socialism being established by ordinary people through mass action, of the abolition of coercive authority and of society being controlled through democratic worker organisations, not the State. This is why the Kronstadt revolt was suppressed. We Anarchist—Syndicalists are proud to stand in the revolutionary anti- authoritarian tradition of Kronstadt.

The role of revolutionaries is not to “lead” the masses but to organise them to take power in their own name.

APPENDIX 1: THE PETROPAVLOVSK RESOLUTION
Having heard the report of the representatives sent by the general meeting of ships’ crews to Petrograd to investigate the situation there we resolve:

1. In view of the fact that the present soviets do not express the will of the workers and peasants, immediately to hold new elections by secret ballot, with freedom to carry on agitation beforehand for all workers and peasants.
2. To give freedom of speech and press to workers and peasants, to anarchists and left socialist parties.
3. To secure freedom of assembly for trade unions and peasant organisations.
4. To call a non- Party conference of the workers, Red Army soldiers and sailors of Petrograd, Kronstadt and Petrograd province, no later than 10 March 1921.
5. To liberate all political prisoners of socialist parties, as well as workers, peasants, soldiers and sailors imprisoned in connection with the labour and peasant movements.
6. To elect a commission to review the cases of those being held in prisons and concentration camps.
7. To abolish all political departments, since no party should be given special privileges in the propagation of its ideas or receive the financial support of the state for such purposes. Instead, cultural and educational commissions should be established, locally elected and financed by the State.
8. To remove all road block detachments immediately.
9. To equalise the rations of all working people, with the exception of those employed in trades detrimental to health.
10. To abolish the Communist fighting detachments in all branches of the army, as well as the Communist guards kept on duty in factories and mills. Should such guard attachments be found necessary, they are to be appointed in the army from the ranks and in the factories and mills at the discretion of the workers.
11. To give peasants full freedom of action in regard to the land, and also the right to keep cattle, on condition that the peasants manage with their own means, that is, without employing hired labour.
12. To request all branches of the army, as well as our comrades the military cadets, to endorse our resolution.
13. To demand that the press give all our resolutions wide publicity.
14. To appoint an itinerant bureau of control.
15. To permit free handicraft production by ones own labour.

APPENDIX 3: THE VOICE OF THE KRONSTADT REBELS NOW ONLINE:
“Izvestiia”, newspaper of the Provisional Revolutionary Committee of Sailors, Soldiers and Workers of the town of Kronstadt: the paper of the Kronstadt rebellion, March 1921
http://flag.blackened.net/revolt/russia/izvestiia_krons1921.html